Every Racer That Makes It To The Sofa Is A Winner!
Home >   Adopt >

Darcy is a young, energetic pup who is adapting to retired life rather quickly but does still has some learning to do. Once she found the dog bed, you can’t convince her to lay on a hard surface anymore. Darcy loves to collect toys, particularly if they have squeakers. She is a chatty girl and will let you know how she’s feeling, especially when it’s play time. Darcy is the biggest cuddle bug! She loves cuddling with her people and the other dogs in the home. Darcy also lives with a cat who she has paid no mind to since living with us. We believe Darcy needs to be in a home with other dogs to help her learn the ropes of the house and to give her a companion. Darcy will need a patient home that’s ready to take in this goofy girl. ​​

Just an easy-going mellow fellow best describes this big love bug.  Rub downs, scratches, and ear rubs are always welcomed and appreciated.  Never looking back at his professional life as he mastered being a family pet in just a day or two.  Being so easy going, our two female greyhounds accepted him from day one.  In fact, he much prefers to always staying close to his humans, and loves to lay next to dad when working at his desk.  When meeting new people he always walks up to them with a “Im the puppy, gotta love me”.  House manors were learned almost overnight and he loves the freedom of the dog door.  Just a little more work on counter sniffing is needed.  After all, when you are so tall that you can rest your head on the counter food can be so very tempting.  Other dogs of all sizes, as well as cats, do not seem to be of much interest to him as long as they are well behaved.   Daxton loves to remove toys from the basket and place them on all dog beds that are not being occupied.  An excellent traveler in the car as he lays down almost at once enjoying the ride and showing little interest in looking at his new world pass by.   A little bit of a puller when starting out on a walk, but settles down in short order.   We have never experienced separation anxiety but he has always been left with our other greyhounds.  Being four years old and always use to living with other dogs, we think he would do best in a home where his humans would only be gone for short periods of time.

​Kevin is a happy and loving boy who loves to nap. He started out shy and timid but within 48 hours he had completely adjusted to our home and our other boy dog. He isn't a big cuddler yet but he's only just learned that he loves pets and attention, he seems like he will be a cuddler in the future. He's very gentle and docile, he doesn't seem very interested in chasing other creatures and he's actually somewhat afraid of bees. Kevin likes chewing on toys and he's very interested in chasing a ball but he doesn't know what to do when he gets to it yet. He still has a lot to learn on how to walk, both on a leash and in the house (he's very clumsy). He's a big puller on leash so he'll need some training and most likely a harness. He's unfazed by cars and trucks, however, and could do well in a city environment. We think Kevin would do well solo or with other dogs, he's more interested in humans. He doesn't seem to have any major separation anxiety but he would prefer to be with a human whenever possible.

Meister is an incredible dog. He’s sweet, playful, friendly and fun. He would make a great pet for a family, as he seems to do very well with children. His spectacular brindle coat attracts a lot of attention, and he loves it! He likes to go on new adventures and never shies away from making a new friend, dog or human. Determined and strong, he can and will break into your kitchen and steal any cookies you leave out on the countertops, so watch out. Though he can get a little boisterous, he has shown no signs of aggression and has been a wonderful foster from day one. He even mastered the stairs, but due to his size, he would probably be best suited for a house, not an apartment. This happy boy will make his forever owners extremely happy! ​ 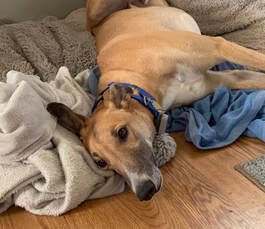 Omaha is a striking red boy. He is a very sensitive and affectionate guy who likes to give a kiss. He responds very favorably when talked to sometimes prompting him to get playful and generally acting goofy. He does lack self confidence and needs guidance. When meeting new people he is concerned and cautious. After A couple kind words and a sniff he will know he’s safe and you are now ok. Omaha gets along with most other dogs after a short introduction including the Greyhound and Whippet he shares space with.  He took his place as the “middle” dog in pecking order and excepts being bossed around by another dog half his size. Omaha will vocal his displeasure when a dog gets in his space but I’ve never seen that escalate beyond that. After a moment of grumpiness I think he’s forgotten why he was concerned in the first place.
​
Omaha rides well in the car and is always ready to go for a walk or hike. He’s not particularly interested in other dogs and prefers human companionship. He likes his toys and will collect them in a pile on his bed.  Some would call him a Velcro dog always wanting to be by your side. Omaha is eager to please. Like other dogs he wants rules, structure, and consistency. When he knows what to expect it gives him the confidence he desires.

Pia is a sweet, loving and fairly quiet girl  She lives in a home with 3 large male greyhounds and will occasionally let them know who she thinks should be petted first and maybe even fed first.  She has a bubbly personality and probably needs a home with a yard.  She walks well on a leash and just loves car rides. She like people in general even the smaller ones.  And she really likes the one of the vet techs at the speciality vet's office. He ideal home would be a place with a yard so she could go out and check what is going on between naps.  She is probably too bubbly for apartment life. 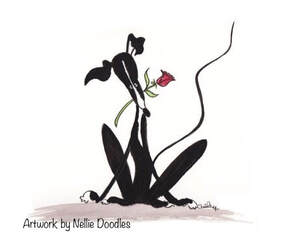 Sapphire is a sweet but somewhat timid girl with new people and in new situations outside the home. BUT once she knows you or the routine she is a happy bouncy young girl. She does like all the attention to be about her when your petting. She will bump and nose her foster brother and sister to get right up to your hand. That being said she doesn't require attention all the time. She spends her day snoozing, exploring then snoozing again. She doesn't require interaction with the other Grey's. She could be an only with parents that are not gone long periods after they work on away training with her. She eats well and has no issue if the others try to get to her food. She has the sweetest small long nosed face with soulful eyes AND has an amazing greyhound Mohawk.

Sarah is a very sweet girl and a super mom.  She had a litter of 7 pups on October 4th and has stepped up to the challenge of being super mom. You can watch her and her pups daily from 11am to 1pm, & again 6 to 8pm CA time zone at twitch tv/grey_save

Vika is a sweet and calm dog. She has a pair of loving eyes that will lock onto you as she follows you around the house. She enjoys walks, cuddles, food (really loves food) and her new life filled with lounging and relaxing (and hopefully more food).  She gets along great with other greyhounds and has shown lots of interest in people and even sometimes plays with toys! So far she’s done nicely when being left at home with her foster siblings but has not tested completely alone yet. Vika rides happily in the car and sleeps through the night once she got a hold of the routine. Vika is living very well with three small dogs and does great with positive reinforcement. She’s curious, confident, loves being wherever you are and is just a wonderful easygoing girl ready to be someone’s whole world.
Explanation of the Med dog/Small dog/Cat Tolerance Listings

Nearly all greyhounds get along very well with dogs of medium size or larger, regardless of breed. But some do not get along with small, we mean very small dogs or cats. In the dog & cat tolerant listings above, the first letter refers to how we think the greyhound would do with medium sized dog, then small dogs and the third as to how we think they would do with cats. The listings above for the small dogs and cats are for the most part are based on how the greyhound tested when he first came off the track. Some listings have been adjusted as we've seen how he has done in his foster home. The medium dog listing is based on the greyhound's experience while they are in a foster home.

An "N" for small dogs and cats listing above means that, in our judgment, this dog is not suited to live with either small dogs (under 15 or 20 pounds) or a cats.  A "W" listing in either category means that the greyhound, with proper training and supervision such as an experienced greyhound adopter could provide, could learn to live with small dogs or cats. A "Y" listing means that the greyhound with proper supervision initially should adapt quickly to life with your small dogs and cats. Quite a few of our dogs have lived in foster homes with indoor cats and because they have special credentials we reserve these hounds for families with cats.  We don't test for tolerance for outside cats since all bets are off if a normally inside cat ran by a greyhound who has been trained to chase.  A "TBD" listing usually means that the dog has not yet been tested.
Thanks go to Susan Heisler for many of the greyhound portraits!